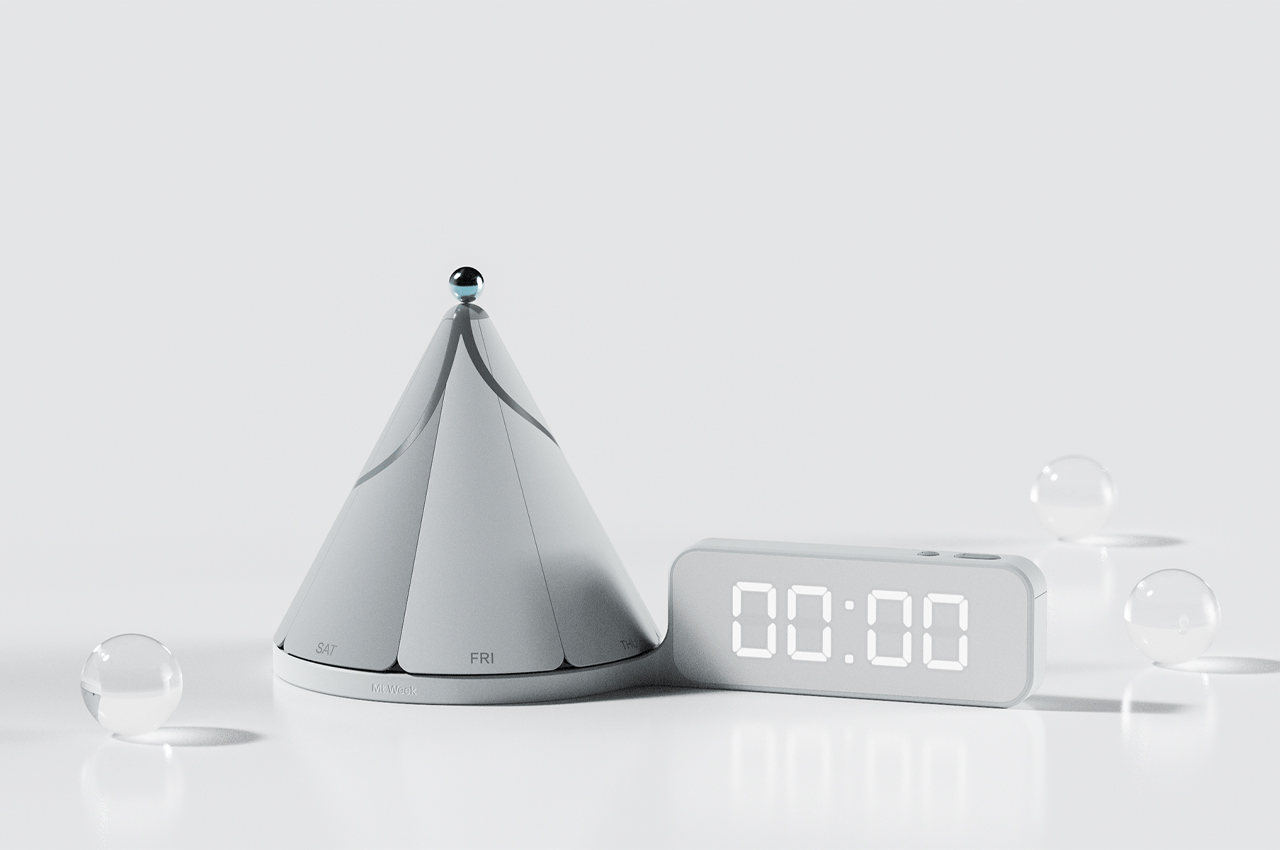 Mt. Week is a home clock that takes the shape of a mountain to visualize the course of a seven-day work week.

There are few things more universally exciting than hitting the weekend after a long, strenuous work week. It’s like reaching the top of a mountain after spending the morning and afternoon walking its paths and trails. There’s nothing quite like that first sip of water, overlooking the valleys and treetops below, or that first cup of coffee on a slow Sunday morning. Taking the mountain motif to its ultimate end, a team of designers conceptualized Mt. Week, a cone-shaped clock that denotes the movements of a week-long journey. 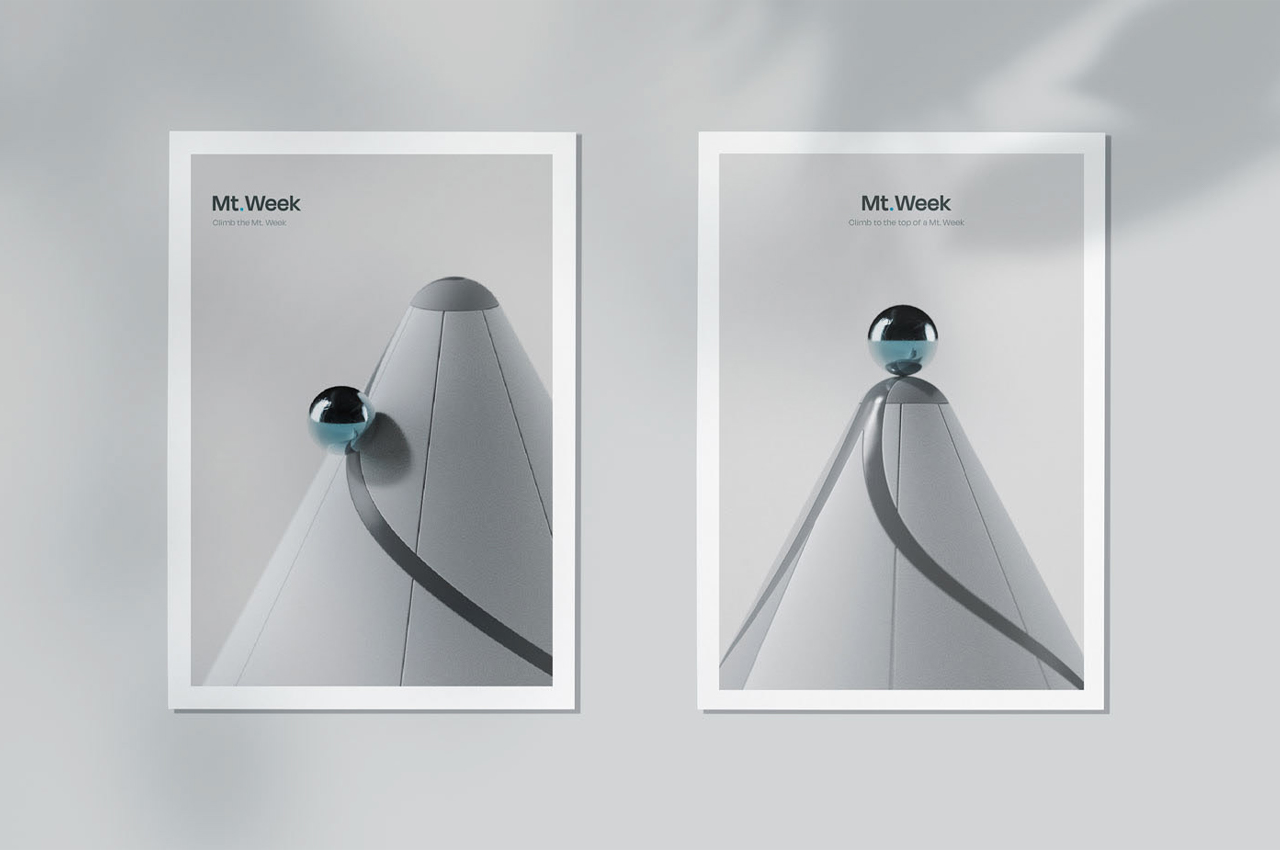 Inspired by the shape of a mountain, Mt. Week takes the shape of an inverted triangle so that its time-controlled magnetic sphere wraps around the top of the device. 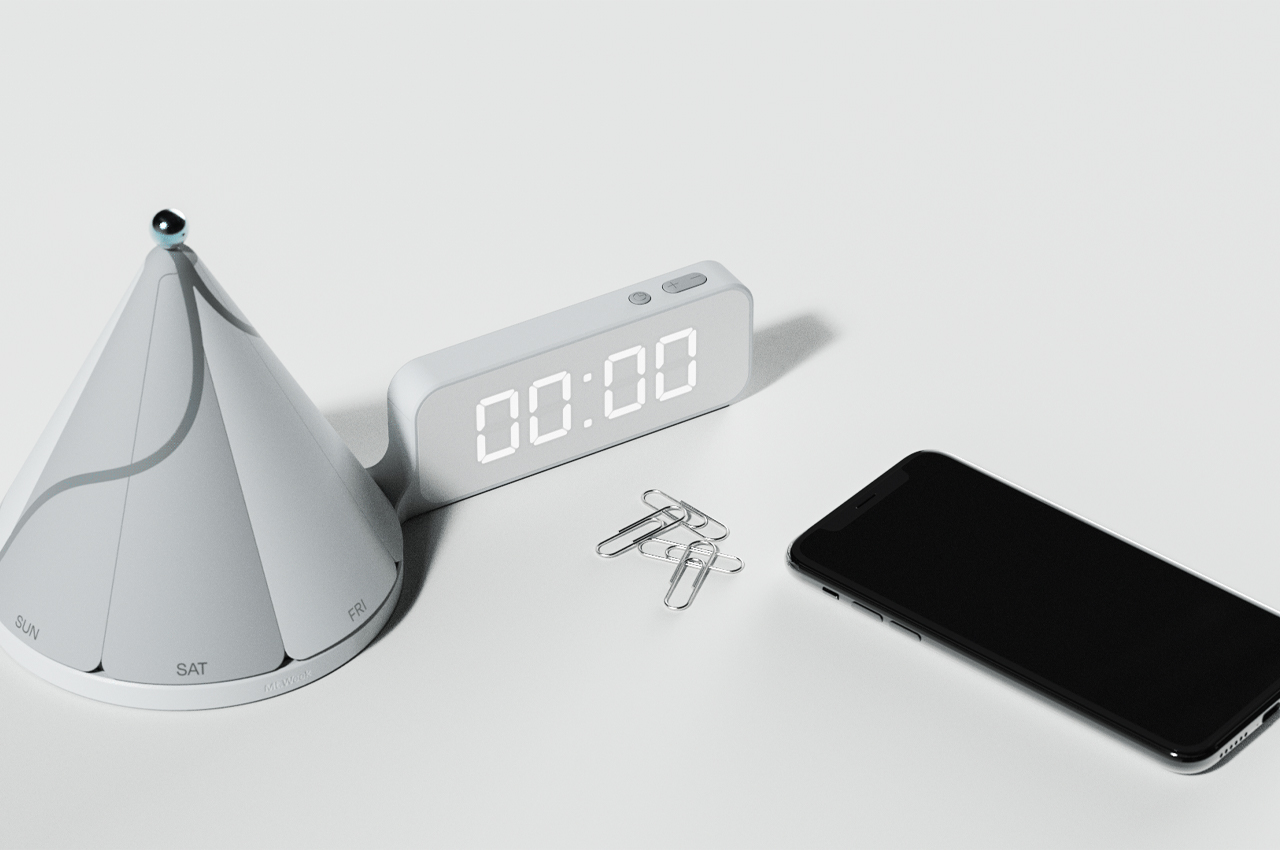 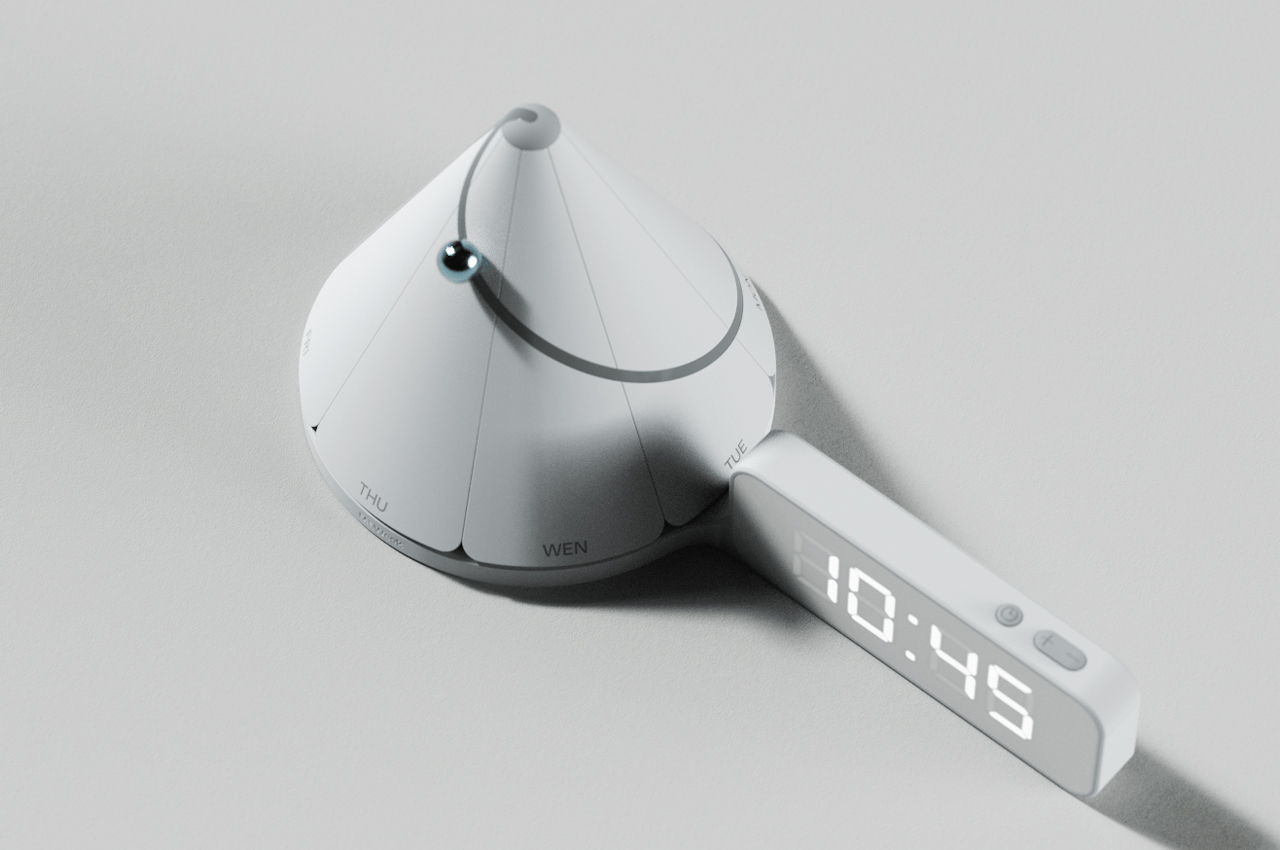 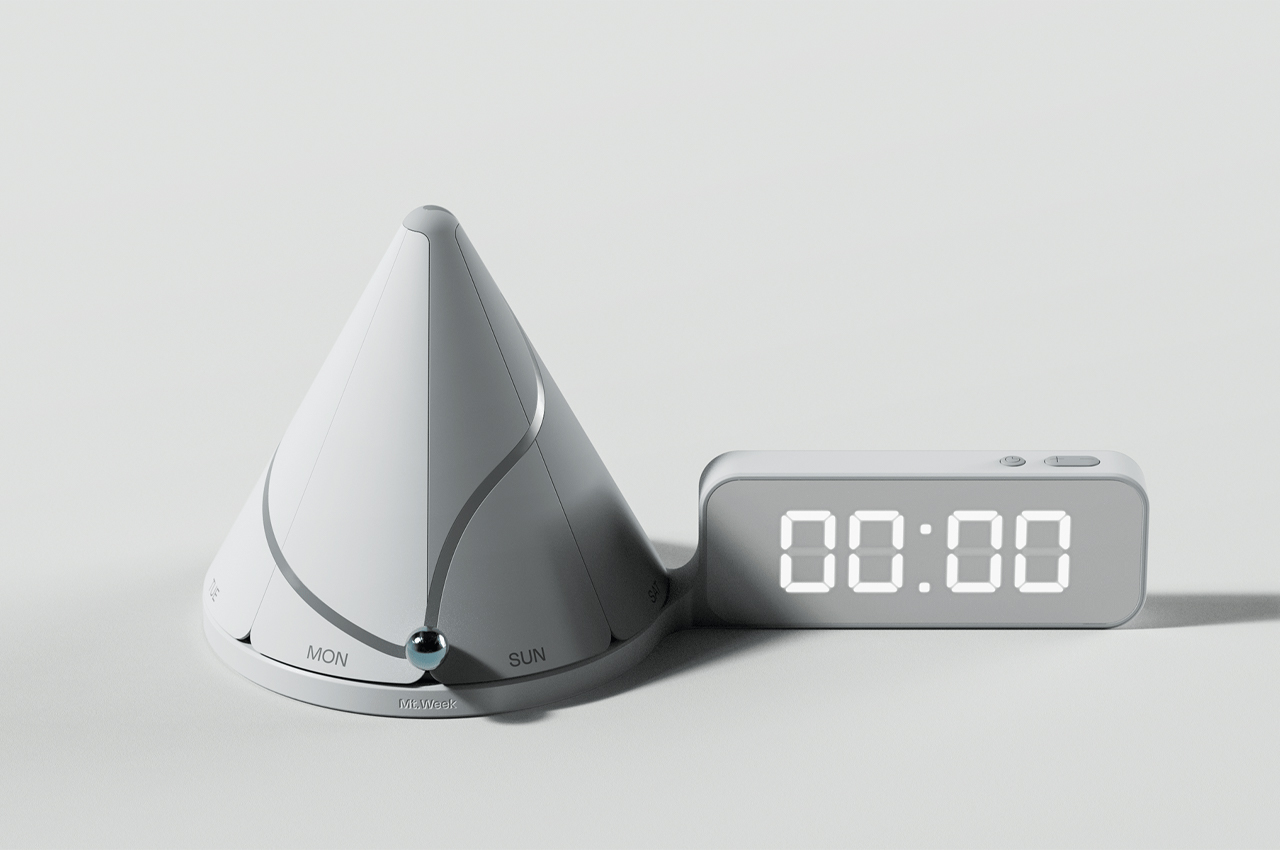 Describing the timed modules of the device, the designers describe, “Mt. Week is divided into seven zones, representing the journey of a week. [on] on weekdays and goes down with ease on weekends. 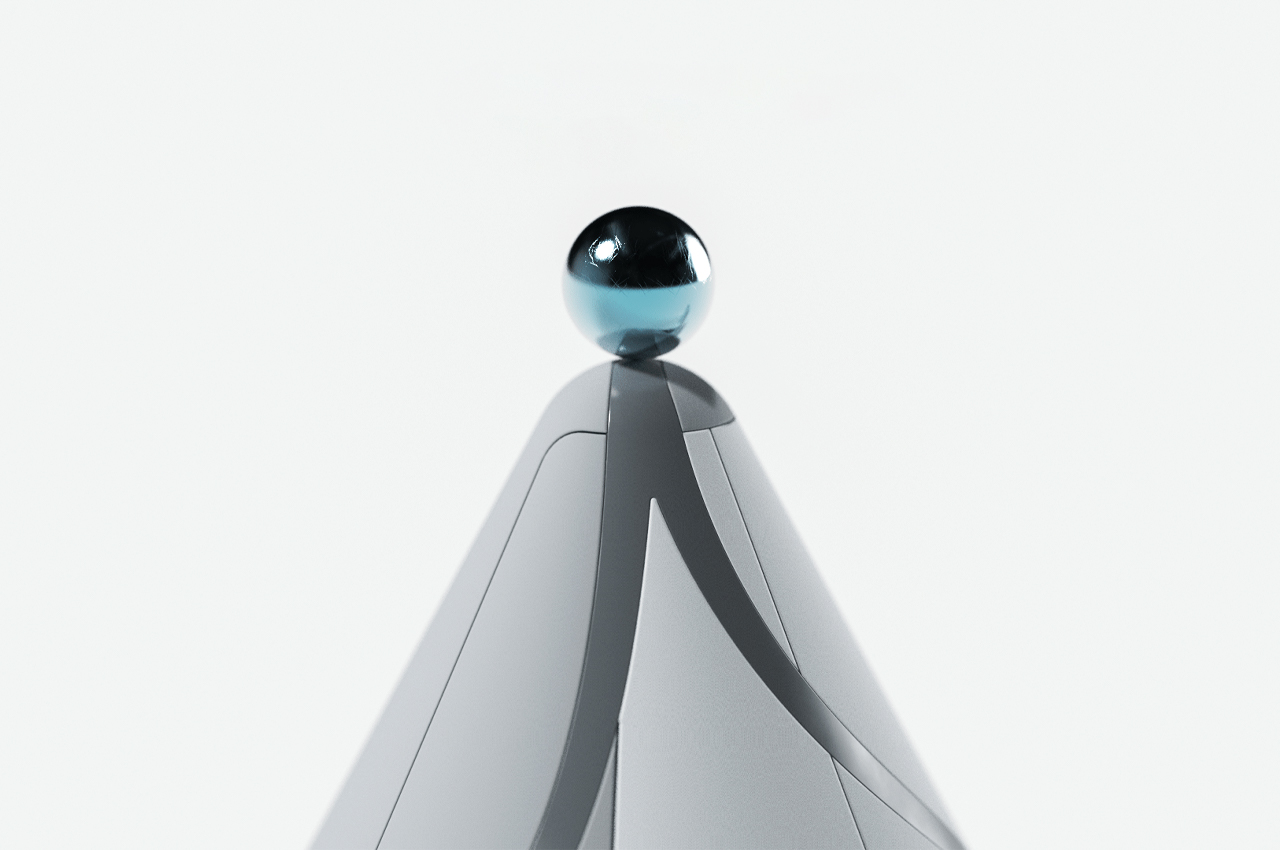 Users will find themselves excited watching the sphere move into the weekend. An integrated magnetic track traces the surface of the cone for the magnetic sphere to cling to and follow. When the cone rotates, the magnetic sphere signals the user the day of the week while the clock displays the time of day. 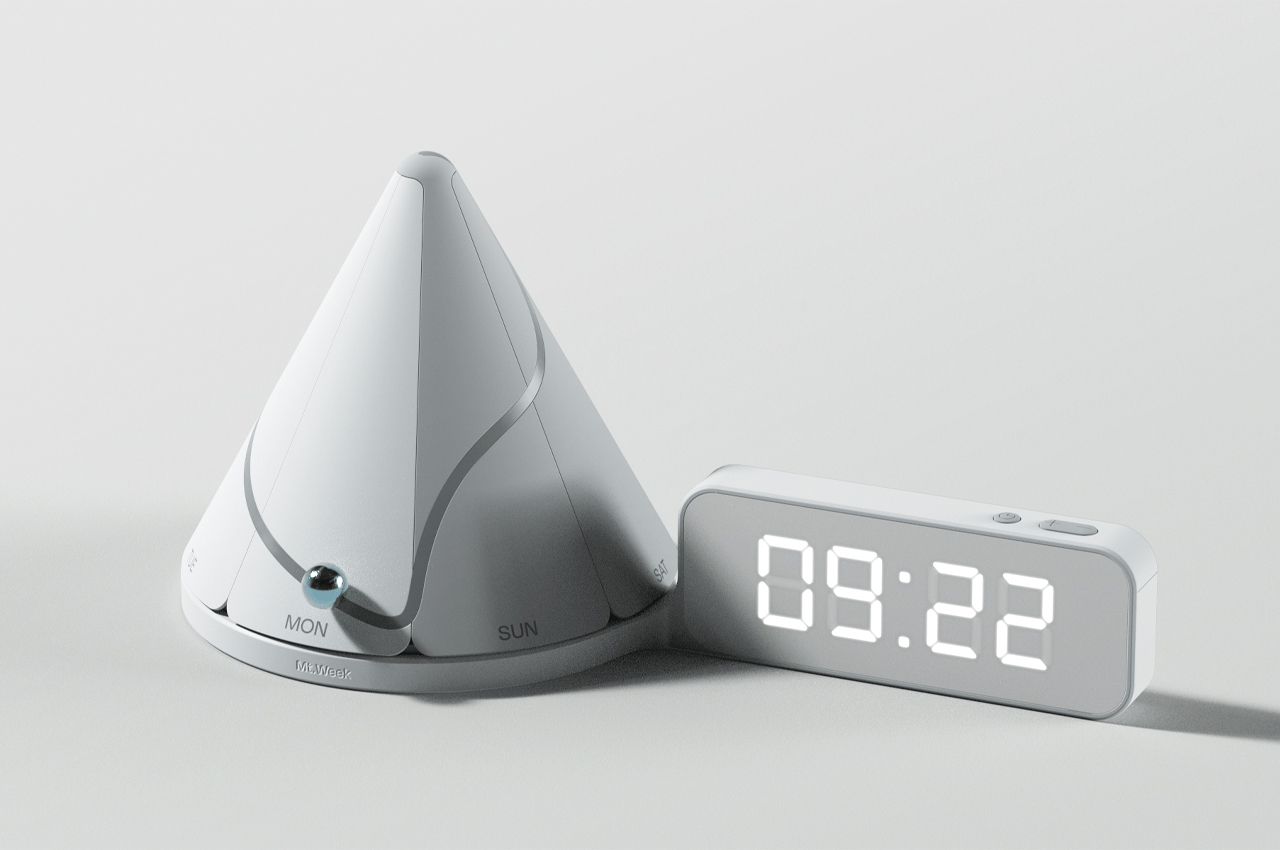 The integrated magnetic rail mimics the curved nature of the trails. 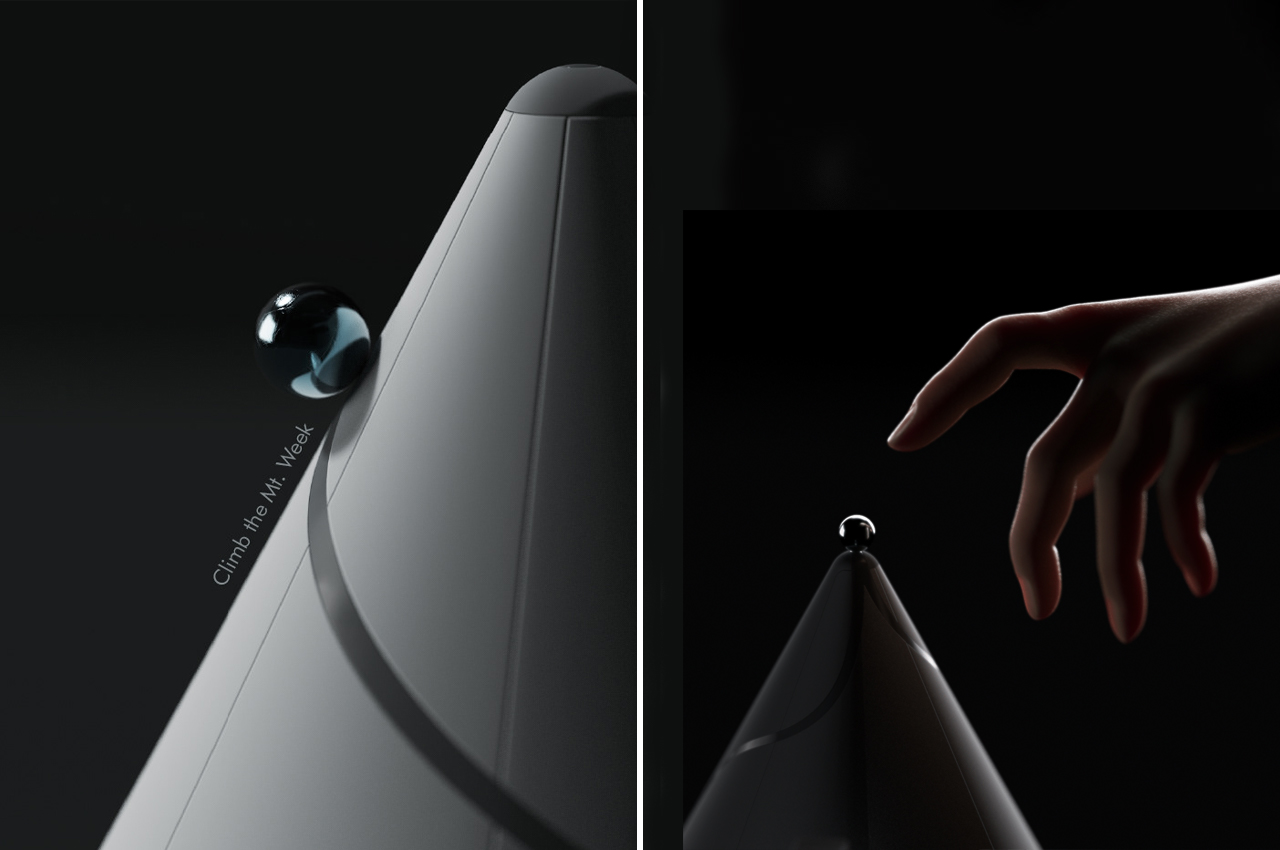 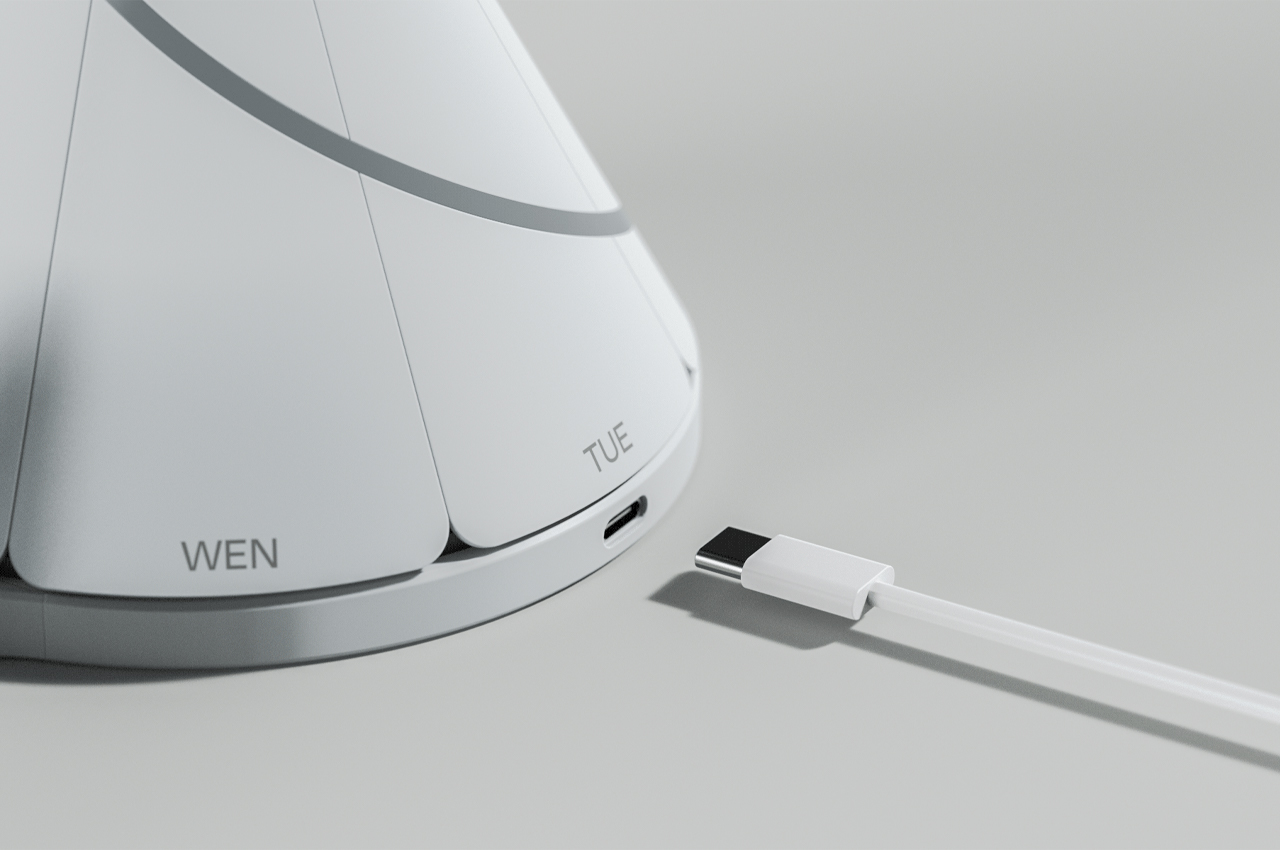 Operating via a wired connection, all users would require a power outlet. 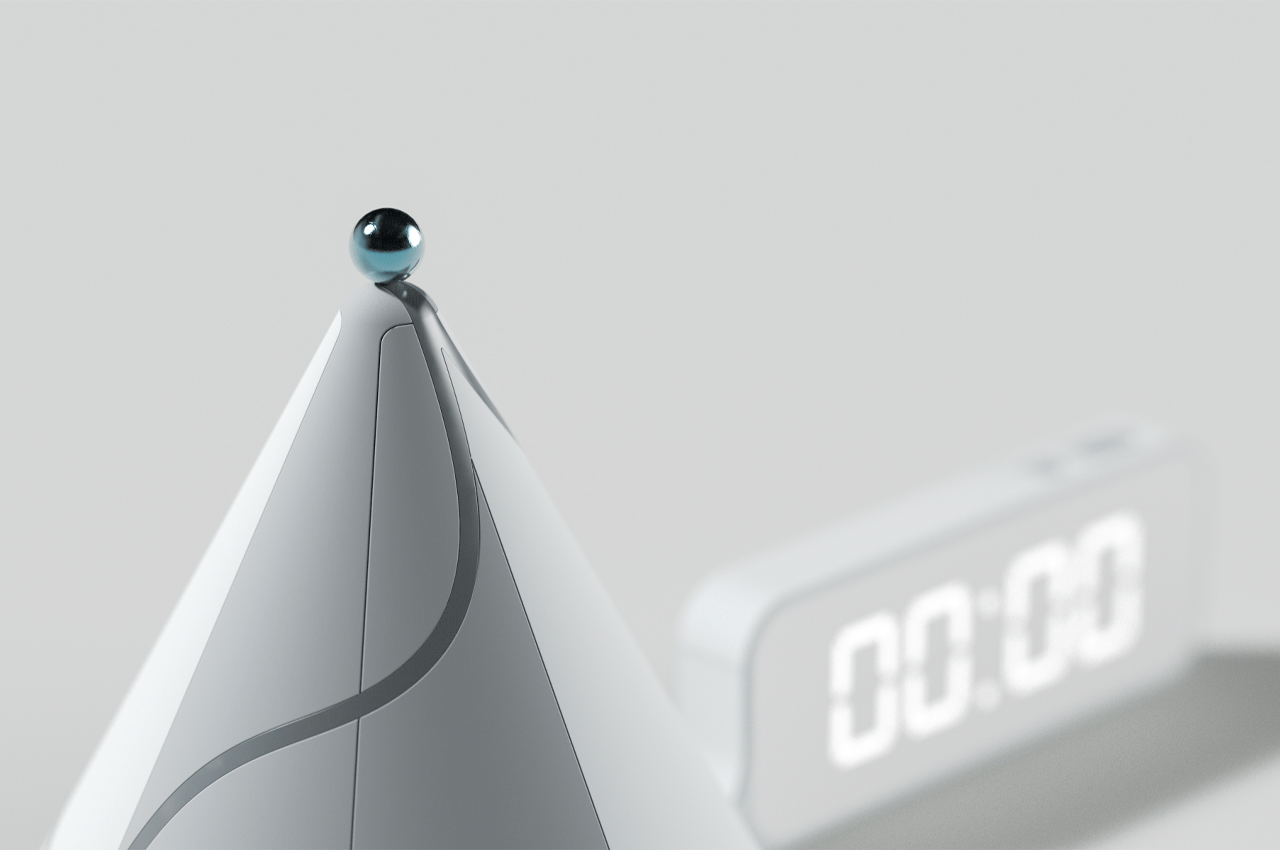 Even when not in use, Mt. Week offers a touch of minimalist elegance to any office or bedroom. 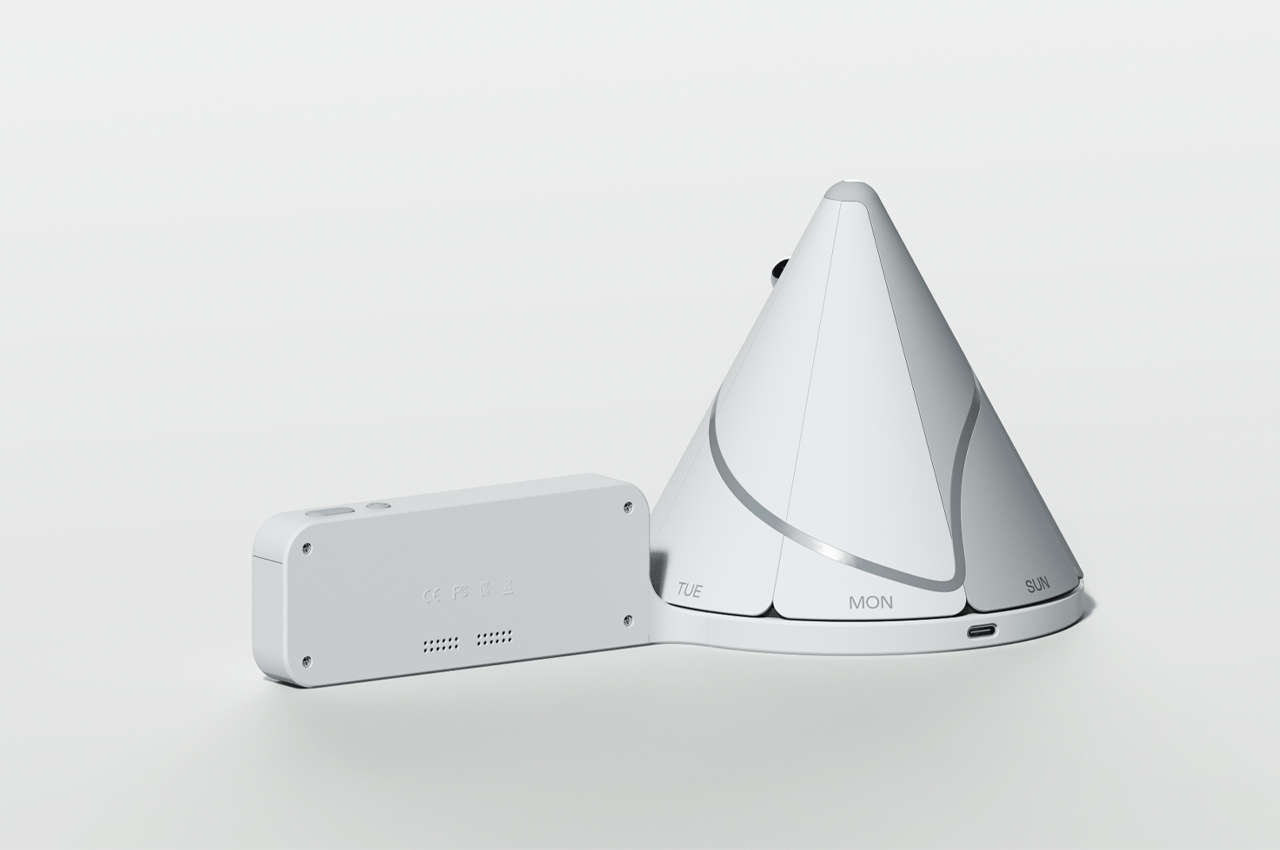