Inaaya Naumi Kemmu, the daughter of Soha Ali Khan and Kunal Kemmu, is one of the cutest stars in Tinsel Town. Posing adorably for the paparazzi at several public appearances, spending Indian festivals with her parents, and maintaining a healthy relationship with her nephews, Taimur Ali Khan and Jehangir Ali Khan, Inaaya’s lifestyle proves her ingrained values.

On August 15, 2022, Soha took to their IG Stories and shared previews of their azadi Party. In the frames, we could see how beautifully the family of three celebrated this special day. Dressed in a green lehenga choli, Inaaya looked cute, while Kunal and Soha showed flags in their respective ethnic outfits. Check! Soha is a hands-on mom, who never fails to teach her sweetie, Inaaya, lifestyle tips. On August 27, 2022, taking her IG handle, she shared a reel featuring her daughter. In the video, we can see the little one helping her mom with the household chores. She was seen folding her own clothes using folding craft cardboard. The way she rolled up her clothes with ease proved that she was a Gen Z kid. Alongside, Soha wrote:

“Saturday mornings are for chores – and we all do our part.”

Earlier, in an interview with Hindustan Times, Soha spoke about good parenting. She mentioned a hilarious incident, which made her think twice about speaking in front of her daughter. As we know that children learn new things quickly, we have to be very careful about the language we use with them. In the same conversation, Soha mentioned how she called Inaaya “boring”, and the latter started to imitate her. She had said:

“Children are sponges, they definitely imitate what they see. The other day I said, ‘Inaaya, you’re boring.’ Now she calls me annoying all the time so I brought it on myself You have to be careful what words you choose because they are going to be used against you You can see your tone, your gestures, your body language be reflected in your child.” For those who don’t know, Soha and her husband, Kunal had launched a book together in 2021, which is called Inni and Bobo. Taking inspiration from their daughter, Inaaya, the book tells the story of a girl and her adventures with an adopted pet dog. In an old interview with Hindustan Times, Soha explained how her princess inspired her to write the book. In his words:

“The inspiration was really because our daughter, who is four and a half, has loved us reading to her since she was born. It’s a habit that we’ve definitely encouraged. She’s now starting to read a bit herself and to mix up the words, but she will always pull a lot of books and ask one of us to read to her, especially at bedtime I used to read books to her and Kunal used to make up stories and to ask him to really contribute to its development, telling him to imagine the main characters. 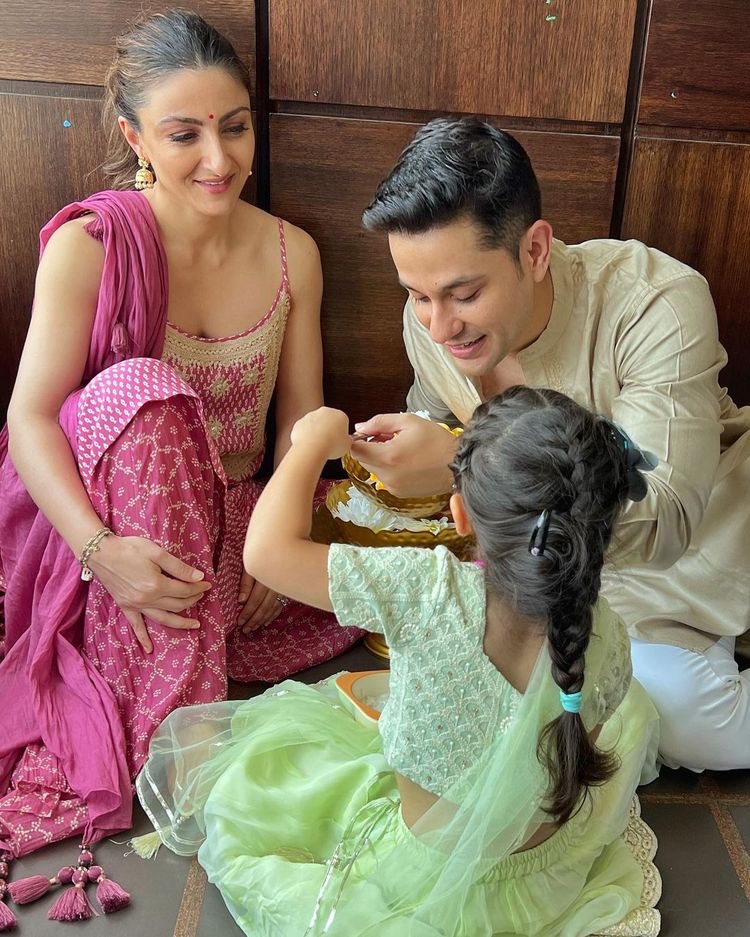 We love how Soha teaches her little girl some brilliant lifestyle tips! What do you think?

AWESOME NEWS! Now you can download BollywoodShaadis app and never miss a story. Get the app

AWESOME NEWS! Now you can download BollywoodShaadis app and never miss a story. Choose your device android Where iOS (Apple)