USING your appliances at certain times of the day could lower your energy bills – we’ll tell you how.

Major appliances like clothes dryers and washing machines are notorious energy consumers, but there are ways to cut costs.

One way to do this is to pick the cheapest times of day to run your devices – if you’re on the right tariff.

Usually the cost of gas and electricity are the same, so running a washing machine or dryer day or night won’t change that.

But there are special tariffs where you pay a cheaper price for energy at night than during the day.

These are called “hourly fares”, or Economy 7 or 10 fares. 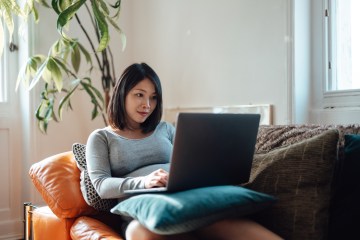 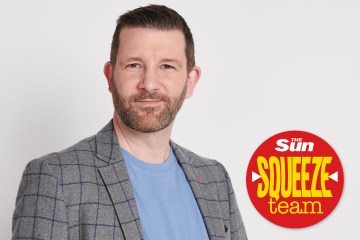 You commit to using most of your energy at night, and you can get a nice discount for units you use during those off-peak hours.

Exactly when you need to run your appliances at night varies depending on your providers’ off-peak hours.

Each supplier chooses their own economy 7 times.

For example, Bulb’s special pricing hours vary across the country – so you’ll need to check your contract for exact times – but off-peak hours are usually between 10pm and 8am.

EDF customers will also see off-peak times vary – but it will be somewhere between 11pm and 8am.

Uswitch has analyzed data on how much British Gas customers can save on an Economy 7 tariff for four appliances.

To save money, you should operate your appliances between midnight and 7 a.m. in winter and between 1 a.m. and 8 a.m. in summer.

This is if British Gas has installed your meter – if another supplier has, the cheapest tariff times will be between 10pm and 9am.

You will only see savings if you continue to use your devices during these strict deadlines.

Here’s how much you can save for these four common appliances if you run them overnight rather than during the day.

It is important to note that an Economy 7 deal may not suit everyone’s lifestyle.

The exact savings may vary depending on the model of your devices and the settings you use on them.

Also, you should be careful not to run electrical appliances like these overnight when you sleep, as this can pose a fire hazard.

But it can be worth it – savvy saver Scott Dixon told The Sun he saves £725 a year on his Economy 7 fare.

It is estimated that a typical UK household does 270 loads of laundry per year.

If you use your dryer every time to dry your clothes, the costs could quickly add up.

But saving your laundry for the night would cost 70 pence per spin, or a total of £189 a year.

It’s a good idea to limit the number of times you use the dryer to further reduce this saving.

Instead, hang your clothes on a dryer and let them dry naturally.

Washing your clothes at night could mean a significant saving of £135 a year.

But washing your clothes during the evening rate period would cost you 58 pence per turn, or £156.60 a year.

This represents a saving of £135 per year.

There are other tips to reduce the energy bill of your washing machine.

Switching to 30 degree washes will save you £12 a year, according to Energy Saving Trust.

According to British Gas engineer Joanna Flowers, setting it to high-speed rotation could save you £40.

Dishwashers are certainly convenient – but you could be hit with a bill sting if you don’t use it during off-peak hours.

Washing dishes will cost you 88p a go on daytime rates – meaning if you used your dishwasher once a day for a year you’d be spending £321.20.

To save even more money, be sure to fill the dishwasher completely – running it half full only wastes energy and money.

We all love a cup of tea – but boiling the kettle during peak hours will cost more.

Boiling it overnight, however, costs 4p each time – which over the course of the year will cost you £14.60.

If you don’t like the idea of ​​waking up really early just to get a cup of coffee, you can do what Sun reader Sue Conlan does and fill a flask.

She boils the kettle just once a day and fills a large water bottle that keeps her hot drinks hot all day.

You’ve misused your fireplace – and it’s adding £65 to your energy bills.

Here are four ways to save £2,375 to help pay energy bills this winter.